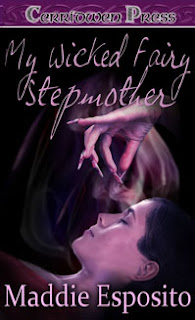 Welcome to the first day of the rest of your horrible, awful, wicked-stepmother filled life!

I was positive Dad was playing a sick joke on me and my sister and little brother. What kind of guy seriously brings home a blonde bimbo he met on a singles cruise to play mommy to his three kids? My dad, evidently. And not only did he ask her to live with us, but he says he’s going to marry her.

Over my dead body. Seriously. It might be Over. My. Dead. Body.

Because Morgan isn’t good people. There’s something more sinister going on in my house than your average stepmotherly wickedness. Morgan’s got evil plans for my family, and she’s not going to let me get in her way, even if it means making sure there’s one fewer Anthony living in her happy home.

When your father brings home a woman he’s only known for two weeks and announces she’s going to be your new stepmother - what do you do? Accept it or fight?

Sierra Anthony decided to fight and couldn’t understand why her twin sister and three year old brother happily accepted the woman. She believed Morgan was evil, but no one else felt the same.

When Sierra’s twin, Dee, seems to have no problem with Morgan she began to wonder if she is being paranoid. Maybe Morgan only seems to be evil. But Sierra’s "vibe sensor" convinces her she is only trying to fool herself--her sense had never led her astray before.

Unfortunately, Morgan’s actions could be construed as merely trying to help. Everything Sierra does only makes her seem more wrong. When she finds a believer in Carter, a new boy at school, the two of them work to expose the real Morgan. The timetable is moved up when Morgan convinces her father Sierra is taking drugs.

I thought this book was going to be the usual daughter thinks stepmother is evil, but eventually realizes the woman is nice. Boy was I wrong!

It shows that parents should listen more closely to their children. They occasionally have a clearer view of things than adults, especially adults blinded by so-called love. The teenagers in this book are all different, but they are easily identifiable with fifteen-year-olds you might know, whether they are your peers or your children.

I could not put this book down. At times I found it funny, at others sad and a few times it sent chills down my spine. The story is presented from Sierra’s viewpoint. At the beginning of the book she is confident, well adjusted and competent. Morgan’s arrival pits sister against sister, and makes Sierra feel an outcast in her own home.

The author made me believe Sierra could possibly be right in her feelings about Morgan, but I still wasn’t prepared for the startling conclusion. My Wicked Fairy Stepmother is an excellent read and will appeal to teenagers of any age. Congratulations Ms Esposito for such a well written and enjoyable book.